To become a positive influence with the HANDS Team, simply contact us and a #HandsTeam member will contact you with more information about joining the team and our positive movement. 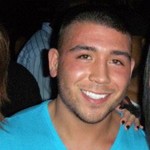 Akron Ohio raised entrepreneur, Chris Paulino was born on Dec. 7th, 1987. With big aspirations to change our society. Through team-work, dedication, and philanthropy he believes we can build a better tomorrow, today. “I Love our motto,” Chris says, ” the world will only change when we work together to change it, no sooner, no later. In order for change, we all have to unite in peace and harmony. Through our hands, lets change this world.” 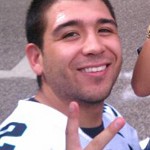 Akron, Ohio raised World Changer,  Anthony Paulino was born on Dec. 7th, 1987. Realizing today’s society was becoming more negative everyday, he decided to make a positive change. HANDS was the solution and since December of 2010, he has dedicated his life to being the positive change we need in today’s world. “I’m just passionate when it comes to helping people, not for the recognition or the rewards but because its the right thing to do.” 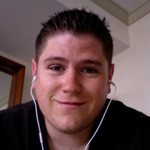 California born entrepreneur Justin McDaniels stepped into the world on Dec. 30th, 1984. With his innovative internet skills and philanthropic spirit, he joined the #HandsTeam and helped take our movement to the next level. Justin believes that people helping people is a powerful thing, and it is his dream to utilize his computer knowledge and media development skills to help unite the world with our positive peaceful movement. Justin also owns his own media company, IMR.

Jessica was born on June 10th, 1991 in Akron, Ohio and is a full-time psychology major student at the University of Akron. She has hopes to become a counselor to further help others. Jessica has always wanted to make a positive change in the world and after meeting the HANDS Team, they finally gave her the opportunity. “I just want to make a difference in the world, helping others is reward enough.” 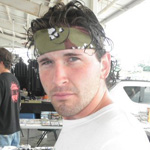 Matthew was born in Akron, Ohio on Nov. 29th 1987 and is one of the Co-Founders of HANDS and it is his dream to make a positive movement for our society to help others. Matt believes the best part of this life is memories. He also believes we must look for peaceful ways to solve todays conflicts, and the solutions will start to pop up when people help people whenever possible.

Emily was born in Akron, Ohio on July 20th, 1991. She is currently a student at the University of Akron with the goal to become an accountant. For now, Emily has the dream of becoming a real life batman in this world so full of injustice. With the Hands Team as Emily’s side kick, she plans to keep fighting hunger and neediness in her hometown of Akron in-till justice is served in this negative society. 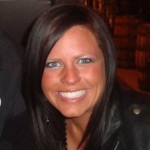 Born in Medina, Ohio on July 22, 1985 but currently resides in the very busy city of Atlanta, Georgia. Kaitlyn heard about HANDS when it was merely an idea and was immediately excited to be a part of helping Change the World. She hopes to spread the positive movement and to be a helping hand, a leader of love, and a voice of change in the south. — “How wonderful it is that nobody need wait a single moment before starting to improve the world.” — Anne Frank 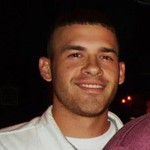 Dane Hammer was born on September 4, 1985 in Akron, Ohio. Dane was introduced to HANDS during the month of August, 2011. Dane thrives on changing the world and helping others. Dane has a strong belief that if you work at something hard enough, you can accomplish anything you put your mind to. Through our hands, this is our goal. 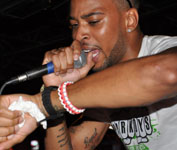 Akron, Ohio native Raymond “Nowly” Walker was born April 15, 1985. With aspirations of becoming Hip Hop Royalty, Nowly also decided to use his platform as a tool to show his listeners that through team work and helping those in need you can find self worth, dignity, and leave behind a legacy that will stand the test of time. Yurp! 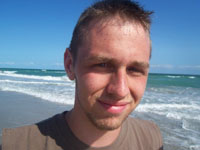 Greg was born in Canton, Ohio on July 2, 1988. Greg is an Auditory Psychic and Tarot Reader. Greg is eager to help those in need and aims to use his psychic gifts to assist the Hands Team in doing just that. Greg feels that the world can become a better place if we just learn from each other and grow from our mistakes. 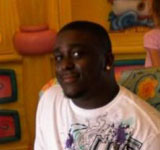 Phil was born in Akron, Ohio on April 17th, 1987 and has been friends with the founders of HANDS since they were teenagers. Naturally, Phil wanted to give back to the community as soon as he was given the opportunity from his longtime friends. Phil is also a student at the University of Akron pursuing a Criminal Justice degree. In his spare time, Phil assists the HANDS Team in changing the world wrist by wrist, one person at a time. 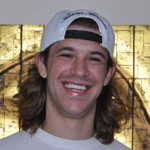 Akron, Ohio born Nicholas Miller was birthed on February 9th, 1987. Although Nicholas has been longtime friends and schoolmates with the founders of HANDS, it wasn’t until he reconnected with the Hands Team during a rough patch of his life which showed him the power of people helping people can change this world and yourself. From that day on Nick has vowed to help anyone and everyone that is in need. Nicholas is also attending college for Graphic Design. 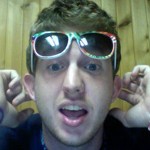 Youngstown born yet Cuyahoga Falls, OH raised; Brian Cross was born on October 23,1988. Understanding that our society today is having a negative affect on our world, Brian became a member of the Hands Team. After meeting the HANDS Team at a MGK concert in August 2011 Brian has been helping people in order to make our world a better place. “I’m very enthusiastic about changing the world one wrist at a time, through our HANDS we will have a worldwide effect.” 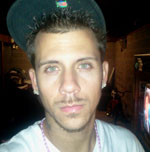 Bobby was born in Akron, Ohio on June 8th, 1984; yet was partially raised in Flordia. Bobby met the HANDS Team during a basketball game at Davenport Community Park in Akron, Ohio. Bobby was swiftly inducted into the HANDS Team after displaying his lightening quick Unity Band making skills and charismatic personality. Bobby believes that he can make an outstanding positive impact on this world by simply helping those in need, even if only spreading love and laughter.

Hands Team members personal views on their social media pages are NOT necessarily the views of Helping All in Need Donation Services. Therfore Hands Team members are allowed to exercise their inalienable right of freedom of speech on their personal pages as they see fit.